Dave Lebow – Prime Time
Dave Lebow is a representational painter and illustrator that was born and raised in Oklahoma. He has a BFA in Painting from Boston University and an MFA in Experimental Animation from Cal Arts. He studied privately with Burton Silverman and at the Art Students League with Daniel Green, David Lefell, Robert Phillip, and Robert Brackman. He has exhibited and sold his work extensively in the Mid West including the Museum Of Fine Art in Santa Fe and shown his films in US and Canadian festivals. He has created illustrations and animations for the entertainment industry including Showtime’s Dexter, The Food Network’s “The Secret Life Of…” and illustrations for Paramount Television’s Medium, ABC’s October Road and the History Channel’s Strange Rituals. He was awarded in the California Open Juried Exhibition for his painting “Mad Love” and he recently completed a portrait commission for Tanya Haden and Jack Black. He lives with his wife, daughter and two cats in Venice, CA.

I want my images to grab you and drag you if not willingly, then kicking and screaming into my picture . I’m inspired and interested in imaginative storytelling pictures that evoke an emotional response. I’m attracted to subject matter from the world of pulp illustration, other worldly realms of fantasy, drama and horror as well as classical illustration and realism. – Dave Lebow 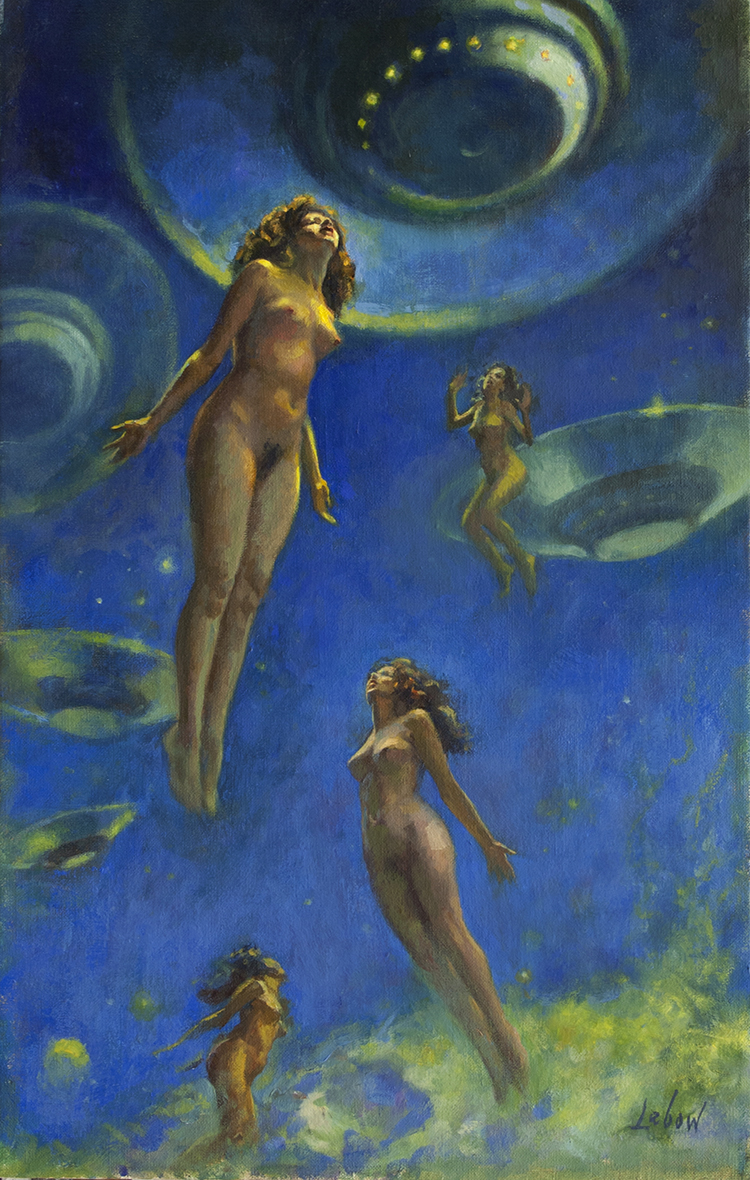 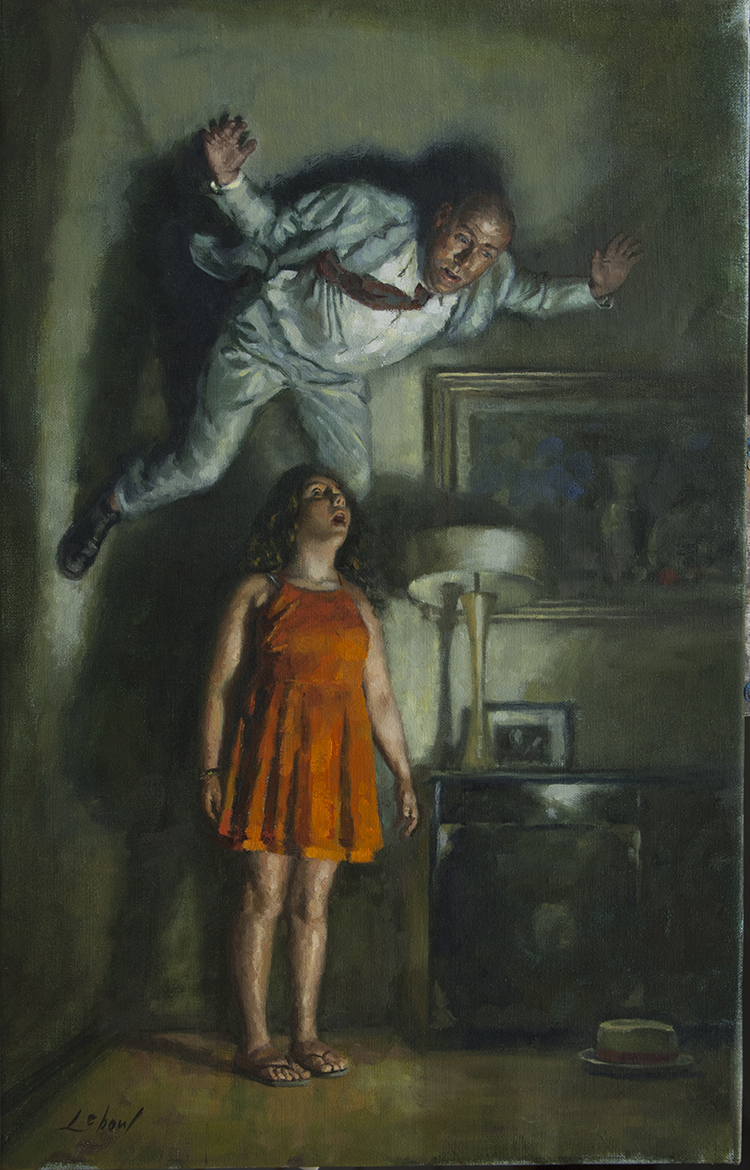 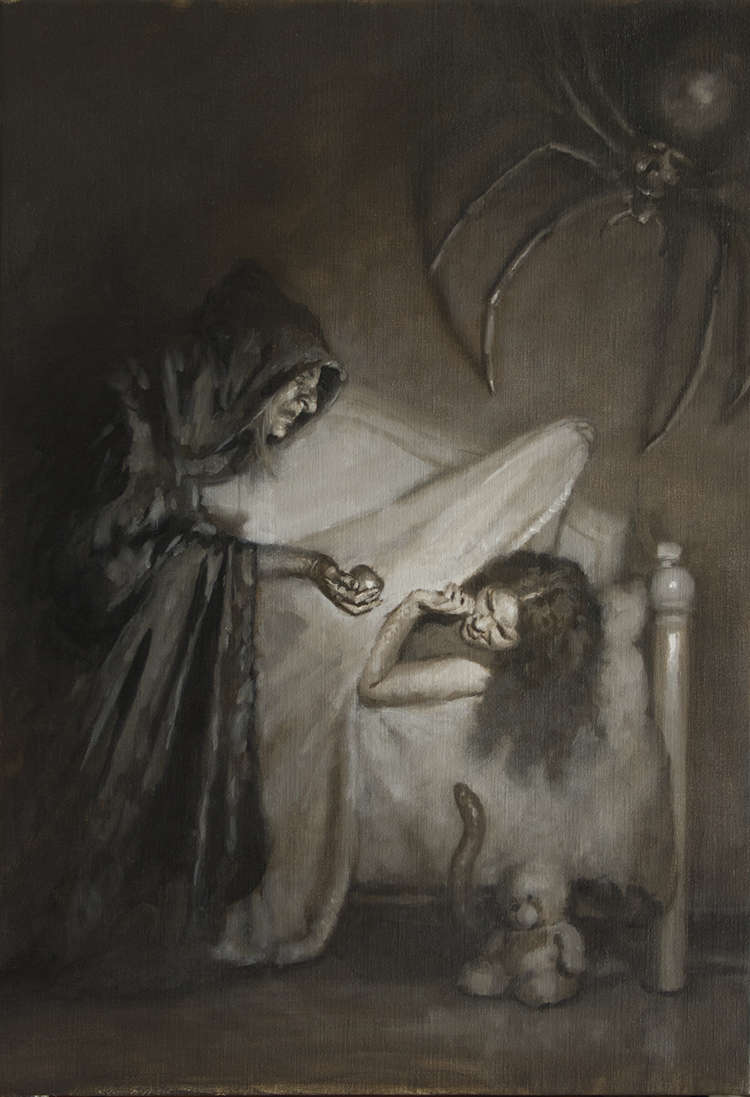 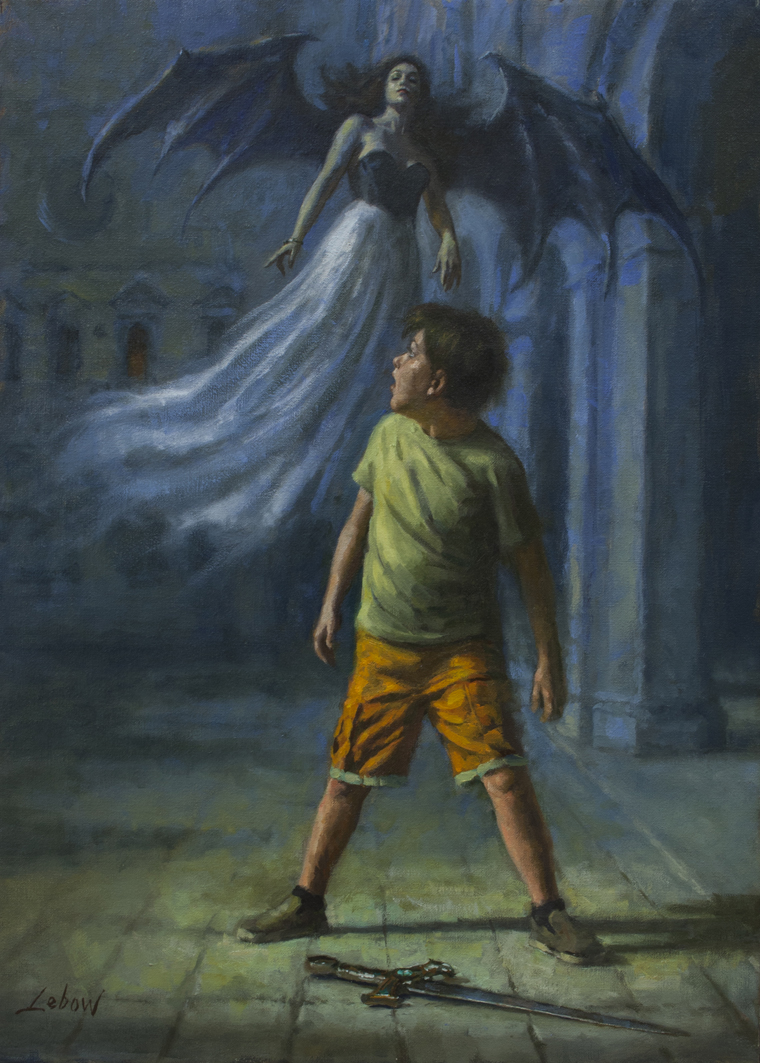 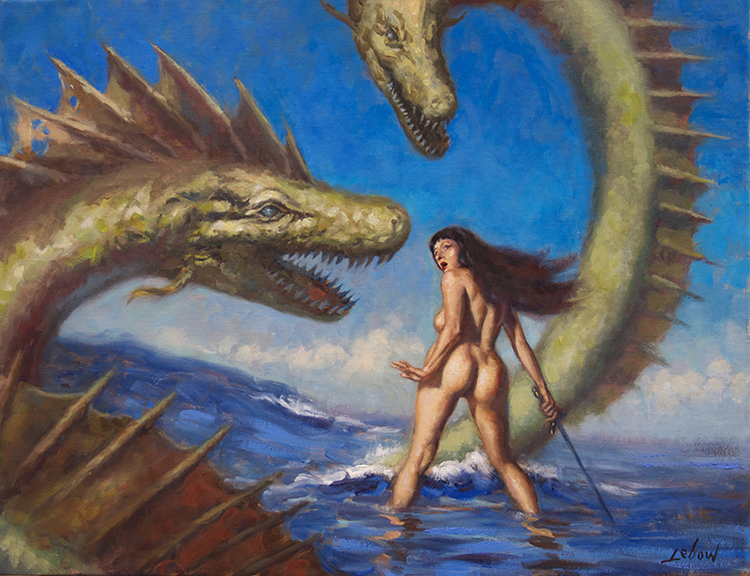 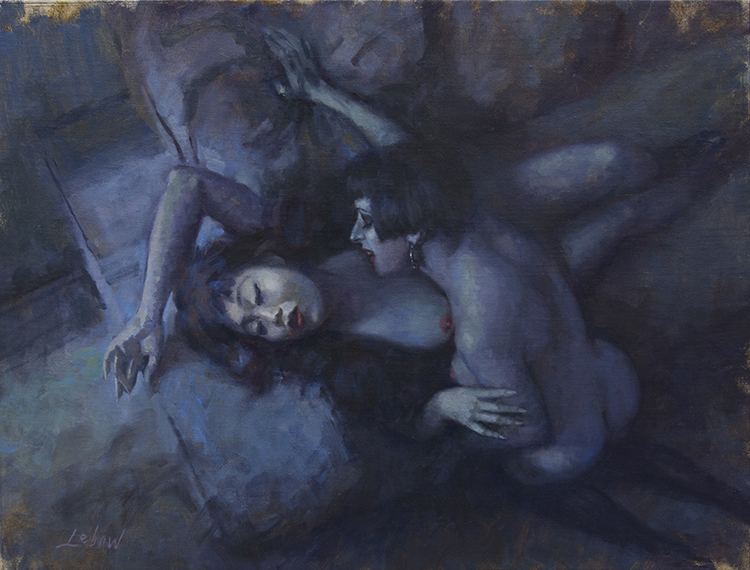 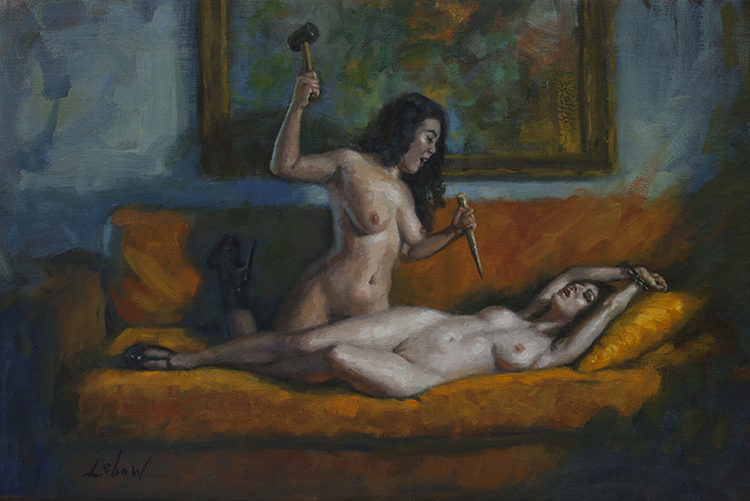 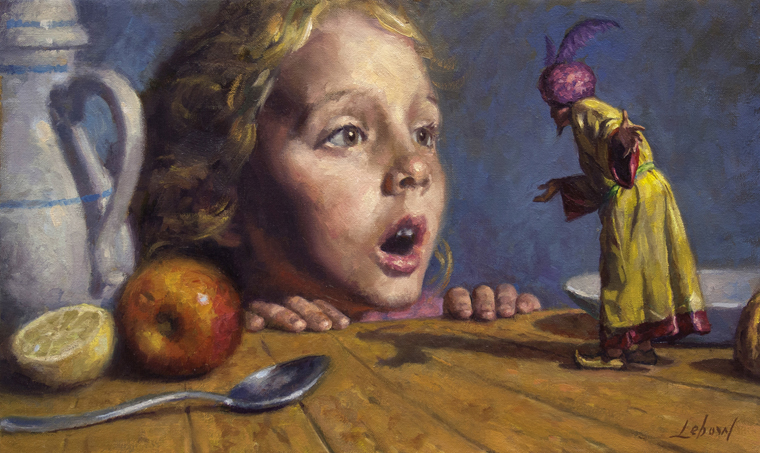 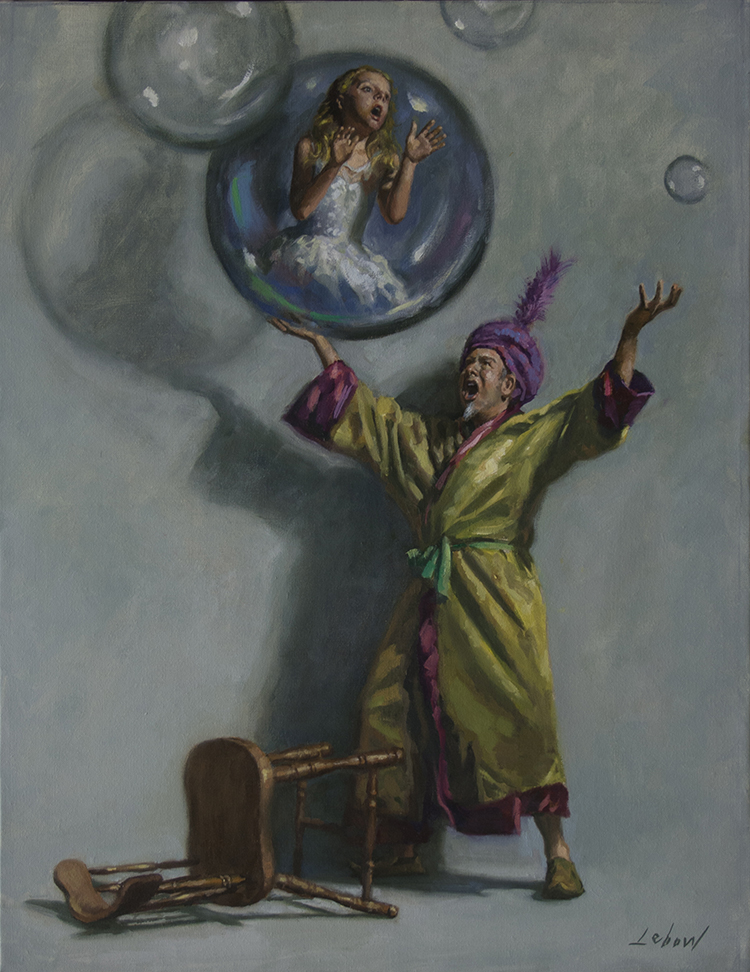 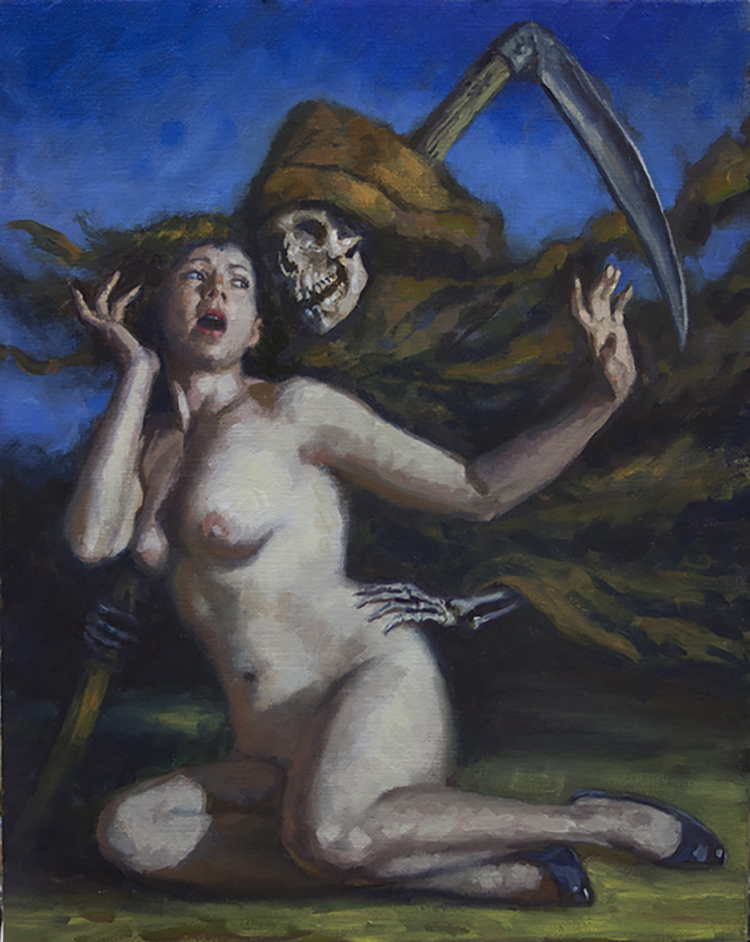 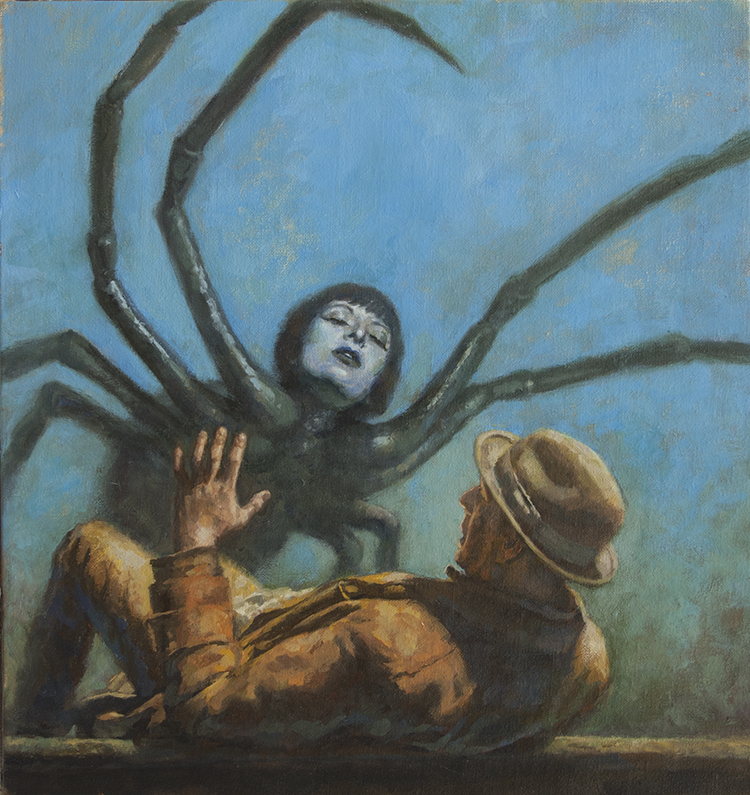